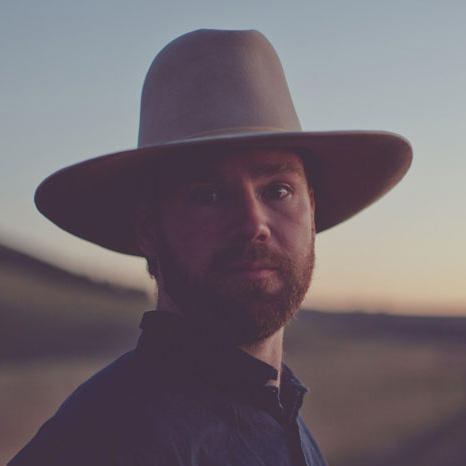 Greg Hennes is a wild haired, serial dreamer-entrepreneur. When he’s not swinging a hammer at The Jennings Hotel, you can find him running around in the mountains or trying to ride a moose at his cabin in Northern Minnesota.

Greg’s career as an entrepreneur has gone in various directions. He is the co-owner of a camera equipment rental business in Portland, he created the brand and online shop antler&co selling bookshelves, hangers, and mobiles all made of (you guessed it) deer antlers, and his ironic product Campfire Cologne, a box of sticks that smell like “your best summer ever” is sold at various retailers worldwide, including Urban Outfitters.

When Greg came across The Jennings Hotel in Joseph, Oregon, it was love at first sight. He bought the century-old building in 2014 and launched a Kickstarter campaign to redevelop the building – then a mess of run-down apartments and offices – back to its former beauty as an eight-room hotel and artist residency.

Greg Hennes brought together seven artists and designers to each transform one of the hotel’s rooms. As an experienced builder and having built his own cabin, Greg did most of the remodeling work himself and transformed the eighth room.

Keep reading to learn from this self-proclaimed “dreamer-entrepreneur” and see images of the redeveloped Jennings Hotel.

In today’s financial environment archipreneurs have to be creative when it comes to funding. Crowdfunding, the practice of investing in projects through the use of a crowd-supported web based fundraising campaign, has been proven to be successful to get projects off the ground. Last week we shared with you 5 essentials models you should know in […]

This week’s interview is with Greg Hennes, entrepreneur and founder of The Jennings Hotel. The Jennings Hotel is the world’s first crowdfunded hotel and artist residency. Greg’s career as an entrepreneur has gone in various directions. He is the co-owner of a camera equipment rental business in Portland, he created the brand and online shop […]