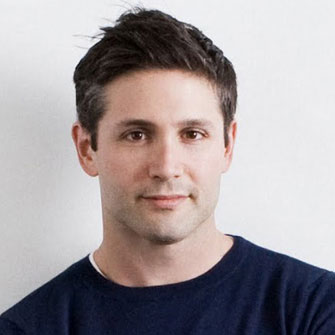 Marc Kushner, AIA, is an architect with just one agenda: he wants you to love architecture. As Partner at progressive New York architecture firm HWKN (Hollwich Kushner) and Cofounder and CEO of Architizer, Marc is a celebrated designer and pioneer in the digital media industry, continually striving to find new ways to help the world not just like, but fall in love with architecture.

Architizer is the largest platform for professional architects online, and the most comprehensive database of the products and people behind the world’s best buildings. With acclaim from The New York Times, Inc. Magazine, and New York Magazine, Architizer has revolutionized the way architects communicate their work to the world and engage with the design industry since its launch in 2009.

With his business partner Matthias Hollwich, Marc also founded one of the most dynamic architecture firms to come out of New York in the past 50 years: HWKN. Continually developing projects that combine provocative design with commercial sustainability, HWKN’s work is regularly printed in publications such as Wallpaper* and The Wall Street Journal. In 2012, HWKN won MoMA PS1’s Young Architects Program with their project, WENDY, a 5,000 sq ft temporal project whose ‘personality’ was brought to life through direct interactions with the public and her cult digital media following on Facebook and Twitter.

Marc regularly presents on topics about the intersection between architecture and digital media, he has taught architecture at Columbia University’s Graduate School of Architecture, Planning and Preservation, and has spoken at event conferences including TED, PSFK and GRID. He also serves on the board of +Pool.

The definition of an architecture and tech startup has drastically changed over the last few decades. Young enterprises trying to break into the AEC industry today are diverse, working across technologies and scales, and are using innovative business models. Over the last decade the AEC industry has seen an emergence of multidisciplinary, tech-savvy firms that […]

In our interview series Archipreneur Insights we have spoken with more than 40 Archipreneurs. Experts and entrepreneurs in the field of architecture, building and development have answered our questions and giving us insight into their creative and unusual operations of their businesses and projects. From these interviews we want to share with you the most inspirational […]

Do you want to get into the heads of the top initiators and performers in the field of architecture, building and development? If so, we heartily welcome you to “Archipreneur Insights”! In this interview series, we talk to the leaders and key players who have created outstanding work and projects. Get to know how they […]