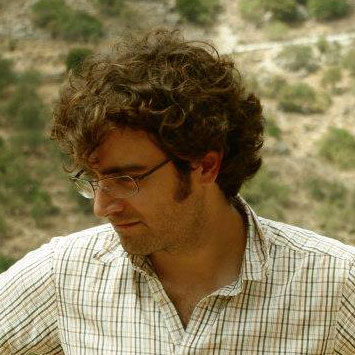 The founder of Urban Transcripts, Yiorgos Papamanousakis initiated the company’s work by directing international collaborative projects – exhibitions, workshops, conferences – on the critical exploration of cities (Athens, 2010; Rome, 2011, London 2012; Berlin, 2014). Currently he is working towards the development of Urban Transcripts into a network of experts on the city, whose work encompasses design, research, and public participation.

Yiorgos is passionate about the relationships between the spatial structure of cities and their socioeconomic and cultural life. He trained as an architect in Paris and holds an MSc from The Bartlett – UCL, London, where developed a keen interest in, empirical research and the application of quantitative methodologies on understanding cities. His current research concerns how the configuration of urban waterfronts impacts on the evolution of coastal cities in Greece.

For 2014—2015 he was an architectural design studio lecturer in Umea School of Architecture (Sweden). Yiorgos Papamanousakis has been an advisor and a speaker in various initiatives and projects focused on the city (UrbanIxD, Leipzig Plus Kultur), and a reviewer in academic journals (Urban Design International). He is based in London.

“Urban Transcripts was born of a desire to create a new tool through which to explore the city as a complex phenomenon in a participatory and cross-disciplinary way. It was initiated in 2010 as an annual programme of events such as exhibitions, conferences, and workshops, focused on, and hosted in, a different city every year. Our point of departure was to grasp and effectively communicate the complexity of the city through an “urban transcript” that becomes a basis for opening up city making to participatory and interdisciplinary approaches. In 2013, Urban Transcripts shifted its activity from an annual event to a multitude of projects on the city. In each of our projects creating a transcript out of a complex urban reality is what we see as the first step towards resolving an urban problem and generating successful solutions. The “urban transcript” has remained a central component in our pursuit to ‘read’ cities and propose new ‘writings’ on them.”

Do you want to get into the heads of the top initiators and performers from the architectural community? If so, we heartily welcome you to “Archipreneur Insights”! In this interview series, we talk to the leaders and key players who have created outstanding work and projects within the fields of architecture, building and development. Get […]