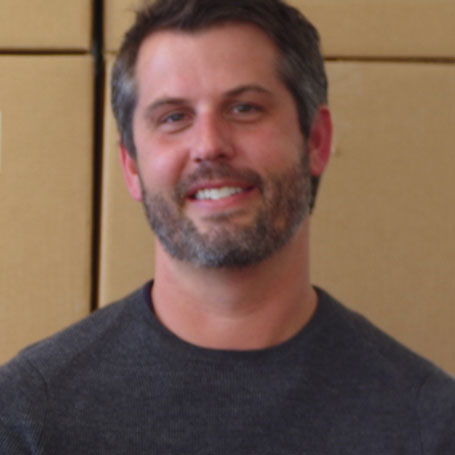 At heart, Tyler Stonebreaker is a creator. He was immediately determined to acquire, harness and utilize the tools required to build big things. After receiving his undergraduate and graduate degrees from the University of Southern California, he went on to develop millions of square feet of office, retail and production facilities throughout California.

After 10 years in institutional real estate development and investment, it became clear that the world was moving in an entirely different direction, and Tyler followed his intuition and founded Creative Space in 2009 to better connect the cultural world to real estate.

Why he founded Creative Space:

“I had spent my entire career in real estate but never really felt that developing generic “spec” buildings for hypothetical customers whom I didn’t have any real connection to was a worthwhile way to make a living. As time went on, my personal and professional lifes became more and more separated – to point that I was super unsatisfied, and decided I needed to make a change and leave the real estate business altogether.

So I took a sabbatical in the mid-2000s, with no plan to ever return to the business. Then, after spending about a year traveling and wandering the boardwalk between Venice and Santa Monica (where I lived at the time), I had the proverbial light-switch moment while drinking a cup of coffee at a local café near my house. Two film producers sitting at a table next to mine were talking about a building they wanted to invest in.

That triggered an immediate “duh” moment: most of my friends worked in the entertainment industry here in LA and they all needed real estate for their businesses. Why not build a company to help them? I set out to build a business that would help my friends develop offices, studios, production/post facilities, etc.”

Are architects cut out for the world of real estate? Are we able to take the reins of our designs and take on full responsibility for our projects’ development and construction? Today, a majority of architects work solely on the design end of the development process. It is common knowledge that the net value of […]

Do you want to get into the heads of the top initiators and performers in the field of architecture, building and development? If so, we heartily welcome you to “Archipreneur Insights”! In this interview series, we talk to the leaders and key players who have created outstanding work and projects. Get to know how they […]