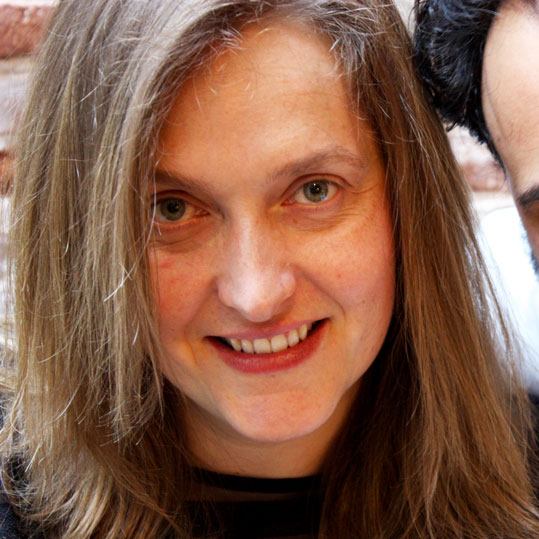 Esther Gallardo and Alex Diaz , born in Barcelona, graduated in Technical Architecture from the Polytechnic University of Catalonia (UPC), after which they opened their DF-Studio. The DF-Studio was a multidisciplinary studio of art, architecture and design, restaurant and bar development, urban sculpture, and housing.

Later, Alex Diaz got a degree in Architecture at the International University of Catalonia (UIC) and was responsible for Sustainable Construction at the UPC over four years. Similarly, Esther graduated with a Master’s in Project Management from the UPC and the Association of Technical Architects and Building Engineers.

After years of work at their DF-Studio and exhibiting their projects at the World Trade Center, Barcelona, Alex and Esther became developers of “special housing” platforms, “After Living” and “Homy”, which came prior to their company Díaz & Gallardo Unusual Real Estate. Now, they develope and sell and an average of 10-15 apartments per year.

Constant innovation, research and investigation of a “superior aesthetic level,” sustainability and humanism are the formal principles of their projects and marketing endeavors. Endorsements, exhibitions and awards for works such as the photovoltaic facade Schott at the CTAE Aerospace Technology Center, and the building of 60 apartments, Carrilet242, in l’Hospitalet de Llobregat, are two examples of these principles in action. For these projects, they received the Innovation Mention in Catalonia Construction Awards in 2009 by the Generalitat of Catalonia.

Do you want to get an inside look into the minds of the initiators and performers of the architectural community? If so, we heartily welcome you to “Archipreneur Insights”! In this interview series, we talk to the leaders and key players who have created outstanding work and projects within the fields of architecture, building and […]

Architect and Developer:
A Case Study Handbook to Getting Started