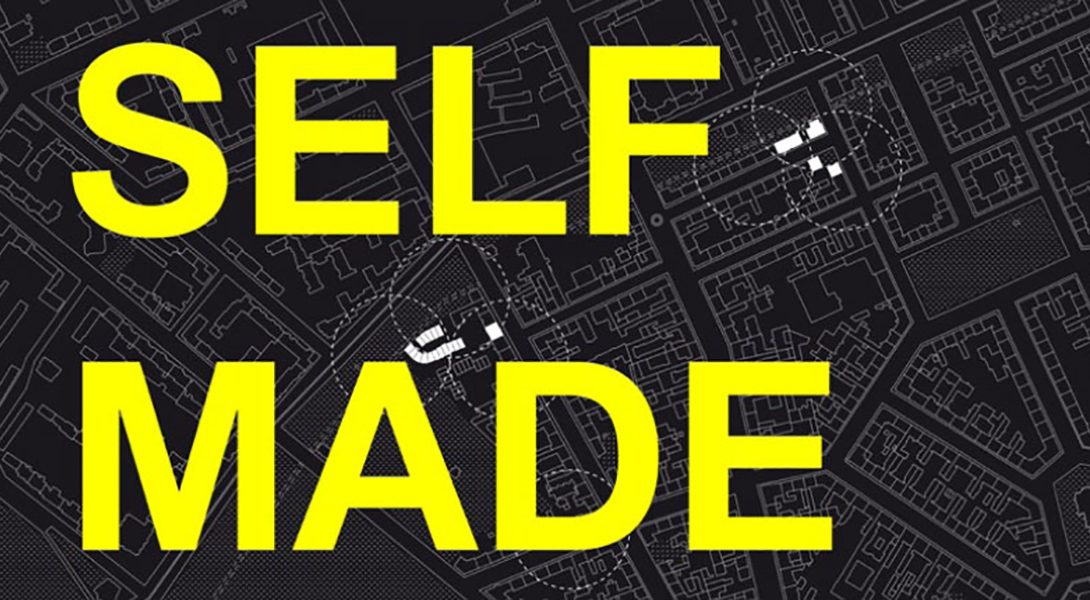 The option to take charge in deciding on our own living environment is a valuable opportunity for urban development. Co-housing has added this new facet to urban planning in cities. Berlin is a role model for the movement and, over the last decade, builders’ collectives have created hundreds of self-initiated, unconventional housing projects.

The MakeCity Festival recently took place in Berlin. You might remember the article I wrote about it a few weeks ago. While researching some of the events and panels prior to the festival itself, I stumbled upon a very interesting book by Kristin Ring: Selfmade City.

Ring was also deeply involved in the festival’s events because the topic of self-initiated urban development was among the key themes of the festival’s mission. Ever since living and working in Berlin, I have been particularly interested in projects that were developed in the city. Naturally, I bought the book and got very excited about its content. Let me give you a brief overview because I would highly recommend that you read Selfmade City yourself: 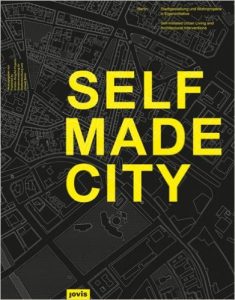 The selfmade city approach focuses on architectural projects that have been created through self-initiative – by architects themselves, by builders’ collectives (like co-housing, co-ops, co-working), or by other individuals. These projects give a positive vibe to the city in terms of urban quality, design and sustainability that leave the mediocre solutions that the property market produces far behind.

Ring analyzes this movement in Berlin, which she calls “the city of Urban Pioneers”. Over the last 10 years, spaces were transformed, available gaps in the city’s landscape were occupied and old buildings were engaged with the new program. All this happened between the intersection – or tension – of freedom and need. The motivation for urban pioneers to create these selfmade projects arose from, on the one hand, an absence of alternative solutions and, on the other, a need to create an environment that suited their own creative imagination.

The goal of Selfmade City is to show why it is worth creating alternative developments to produce individual solutions for affordable living and working in the inner city of Berlin. In order to do so, Ring raises issues and further questions about the context of city planning with regard to Germany’s economics and various social communities.

These questions are addressed from a number of perspectives. First, Ring answers them by analyzing 51 projects in detail and presenting their individual profiles and qualities. Second, she interviews players, initiators and experts from the selfmade scene, interlacing their opinions with her thesis throughout the book.

This is only a very brief introduction to her book, which is itself a rich summary of research, opinions and projects, and one that I think members of the archipreneurial community should definitely read themselves. I would now like to show you some of my favorite projects from Berlin’s selfmade scene. Some of them have already been pinned on the Archipreneur Pinterest page. If, after this, you want an in-depth summary of each of these projects, I urge you to get Kristin Ring’s book because you will find further information, such as building costs, the cost of land, the rentable area, and more.

Projects from the Selfmade City

What follows are my three favorite projects from Selfmade City. It was actually a tough decision to choose just three because there are so many good ones out there. I will give you only a very short intro to the three projects to give you just a sense of the creative approaches that went into the alternative nature of the buildings. The three projects I chose where all developed by architects themselves, so they perfectly fit with the Archipreneur concept!

This co-housing project combines four apartments, four workspaces, a shared rooftop apartment, roof terrace and an art studio. Additionally, some spaces within the complex are rented out: an apartment on short-term lease, a music room, a café, and a space for commercial activity. The building’s owners curate the program together. The hybrid concepts allow for a certain kind of flexibility that enables the owners to react to any type of financial change.

This highly publicized project was built in a place where an investor’s building had stood untouched for years. The reuse of and extension to the existing building was carried out as an architectural experiment and developed together with the building’s current users. The project gained much praise and set new standards in highly unusual architectural solutions: they built a “temporary” exchangeable façade, flexible spaces, and generated interaction with surrounding urban contexts by way of additional design elements. You can connect your headphones into a socket jack in the street façade. You can hear sounds coming from the six seismic sensors that artist Marc Bain set into the concrete construction of the building.

This building is the first seven-story apartment block in the world that has been entirely constructed from timber. It is both a pilot project for renewable resource building materials and a structural experiment. Building the external staircase and elevator in concrete ensures a safe fire-escape route and allows for living spaces without interior structural walls, so ensuring maximum flexibility with the building’s design. The wall panels are constructed as stacked timber boards that are installed within the post-and-beam construction.

Selfmade City illustrates a number of creative and alternative development approaches that create long-term value for the city, the neighborhood and the social communities. All qualities and advantages are very well researched and accounted for.

But I also want to give you another reason as to why I am writing about the book on my blog. Many of the projects are self-initiated and developed by architects themselves. They create meaning and value through their creative approach, which ordinary profit-driven real estate investors cannot envision. This process is a creative and entrepreneurial combination, which is brought together in the central concept of archipreneurship.

Co-housing, in that sense, is a great way of developing your first project, as you can start without having equity. I will write a further article on that, as it is an interesting approach and I would like to know from the archipreneur community if this alternative model is also common in other countries.

Nevertheless, what alternative, creative and interesting projects and solutions do you know of that have taken place in your city? I would like to create a list of these benchmark projects from around the world, projects that create value for the city and its community.

We won’t send you spam. Unsubscribe at any time.